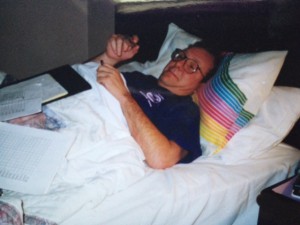 Doug E. Rasmusson was my inspiration to get involved with disaster relief. Affectionately known as “Doug E”, he had over the previous years become a very good friend, mentee, supporter and instructor for the Atlantic Institute of Aromatherapy. We first met when he came to my class in Tampa, 1992. He sponsored aromatherapy classes in the Florida Keys and sold his own oil line. Together,  we travelled to many conferences within the aromatherapy community.  He formed the first Florida massage team before moving to NC and in 1998 where he developed Carolina Emergency Response Massage Team (CERMT). They provided relief during hurricanes and other disasters in North Carolina.

In 2001, after the tragedy of September 11th, I wanted to do something to help those affected. As a cancer survivor, I couldn’t donate blood so I decided to join “Doug E.” and his team who were preparing to venture to New York to participate in the disaster relief.

Before leaving, I had the idea to take some aromatherapy to help with the smell and other issues.  Thanks to the internet, the call for donations from all my friends and colleagues in aromatherapy produced a miracle. The first trip in November we carried $10K worth of supplies to give out. DougE led us back 3 more times, with help from therapists from all over the USA and the REST-UK, the teamed formed by therapists in England. He took good care of us as we worked daily and earned himself the name “Daddy Brother” pronounced “brudd-ah” Brooklyn style. Often taking the night shift at St. Pauls church at Ground Zero, he scheduled us from his bed before he got his sleep.

We all had New York nick names like Queen Mudder, Loving Mudder, Spinster Sista, and others. (Feel free to remind me in the comments what your name was!)

After seeing such a drastic difference in the lives of those we were helping, because of the immense support we got, we decided to create the United Aromatherapy Effort, Inc.: a non-profit for collecting and disseminating aromatherapy products for first responders after disasters. Eileen Christina and I created the “Adopt a Station program” over bacon and eggs before our daily rounds. Our complete history and pics are on the site UnitedAromatherapy.org and our Facebook Page. We also have an amazing  Tribute Video you can check out.

In between events we celebrated ourselves at the NAHA Raleigh conference, where we raffled off strands of DougE’s long hair for fund raising, and we partied hard with lots of aromatic friends and supporters! Michael Kirk-Smith holds the first of many strands sold that day.

Many of us also served in CERMT by helping Doug E break the worlds record for chair massage – 52 hours- in order to raise funds! First hour, followed by last hour with Nyssa in the chair and Sylvie cheering him on. He did it!!

After NY, we served in Biloxi after Hurricane Katrina for many weeks. 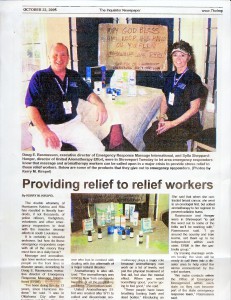 Our grand finale was supplying aromatherapy to the armed forces in Afghanistan. My nephew Jim Baucom was called to duty in Kabul and he helped us get the donations dispersed at Camp Phoenix by acting as our Soldier on the Ground, receiving and distributing supplies to other soldiers on duty. 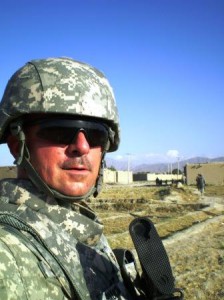 For this great feat we got a flag flown over Camp Phoenix in our honor and this plaque, along with a letter from the General. See it here.

Several companies including Nelson Bach Co, and Nature’s Gift shipped direct to Afghanistan on their own in our name so we passed the flag around for photo ops! Here it poses at Samara Botane!

I’m so thankful for all those who helped us help others on our disaster relief missions. It is still hard to believe the small idea to take aromatherapy to New York became a successful non-profit organization lasting 10 years. Last year, we officially closed, but the UAE had a great run, having served two major disasters and many minor ones. All of our accomplishments are archived at UnitedAromatherapy.org. We were able to disperse any leftover donations and have distributed remaining funds as gifts to NAHA and Alliance of International Aromatherapists.

My greatest thanks go to DougE, my forever Daddy Brother,  and the gift he gave me by being in my life. DougE now resides in France with his beautiful wife Sylvie (formerly Grosjean, Nelly’s sister, who he met because I introduced him to Nelly!!).  You can see the awesome location in Provence where they live here.

In this fragrant and relaxing location just 45 minutes northwest of St. Tropez, he is busy training people in Massage Cupping. In addition they host wellness seminars and have a SPA, where he still does massage and still plays lots of music. You can visit in Provence! See the awesome location where they live here and check out their Facebook page. 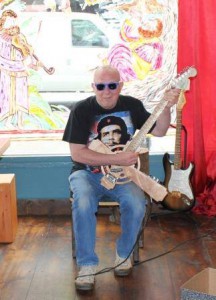 I cannot finish this blog without mentioning the Most Honorable Outstanding UAE Volunteers:

-Nyssa Hanger, who went several times wrote this piece and won YM Magazine Coolest Teen award for her work with us during her last year of high school.  She was inspired to become a massage therapist and has a successful business Upward Spiral Center; and she is teaching aromatherapy as Assistant Director with Atlantic Institute of Aromatherapy.

-Geraldine Zelinsky gave her loving support for many years running from the start. Most especially from Katrina on to the end she kept us going. From being VP/Assistant Director and overseeing all donations, shipping to Afghanistan, arranging for PR, to additionally keeping all our books and records, and so much more. I cannot thank her enough for her time and energy!! 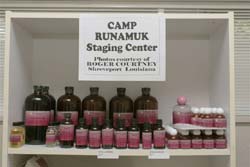 -Karen Romanchek was a faithful volunteer extraordinaire for all trips.

-Mynou DeMey was logistics and liaison for our deployments.

-Sara Holmes served as Secretary, gave continuous support and supplies made by her students.

Thanks to all the LMT helpers who worked with us. Please share with us in comments your experience with this project!

Finally, a big THANK YOU to my brother Don Baucom or “D”. He kindly allowed us to raffle him for fund raising several times! including the first time when Jane Buckle wrote a poem about it.

This work may have been the greatest gift of my life. The knowledge and experience I gained was incredibly valuable. I learned so much, most importantly that giving back feels better than receiving. I also learned that one has to receive in order to ‘fill the cup’. My dear friend and colleague Trevor Stokes said during my cancer recovery, “you have to let people help because it is giving them a chance to do something, and they need this gift”. And so I did. I got what I needed and gave them the gift of helping me. When we help someone, its a win win. Giving makes the giver feel good, the receiver feels good for receiving, and anyone watching also feels good too because of the endorphin release which can occur for observers witnessing a good deed too! To keep it going now we local therapists volunteer with the James Haley Veterans Hospital here in Tampa, so we continue to accept a chance to give to the wounded warriors , and their caregivers too.

The moral of this tale is you never know what a random thought can do, even though it seems silly or impossible at the time! Go ahead, fly with it! It could become an important move. You could help a lot of people including yourself and if nothing else you will have a grand story to tell later.